The Nature of Natural Point of View

The Eyes Have It

Horses see much differently than we do and so their view of the world is very different. In addition, they process that information through a very small prefrontal cortex…without reason…as we know it.  Often an involuntary response triggers the horse’s behavior especially when it comes to sight.  Think about how a windy day must “seem” through a horse’s movement sensitive eye! 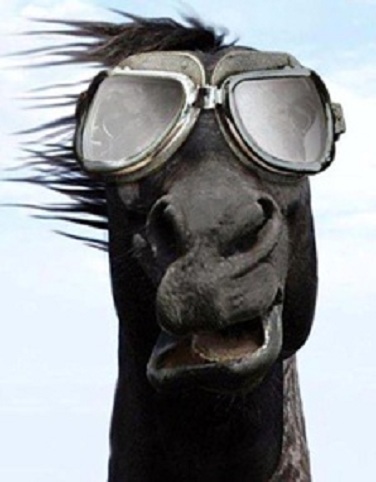 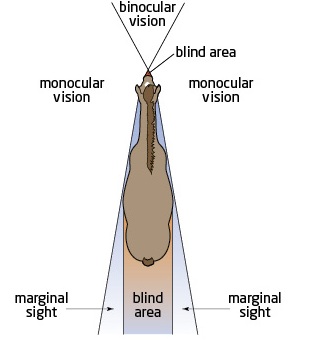 The field of vision for a horse are large. They cover a lot of area and when an object is on the edge of those fields it riggers a response called the orienting or attention response. It is instantly viewed as novel and all senses are directed to determining what this thing is!

Predators tend to turn and look depending on the strength of the input but in horses and most prey animals it tends to trigger the flight response. This is an involuntary response that you can start to override or at least decrease with training. 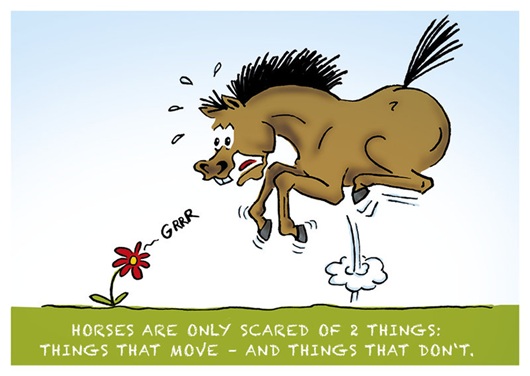 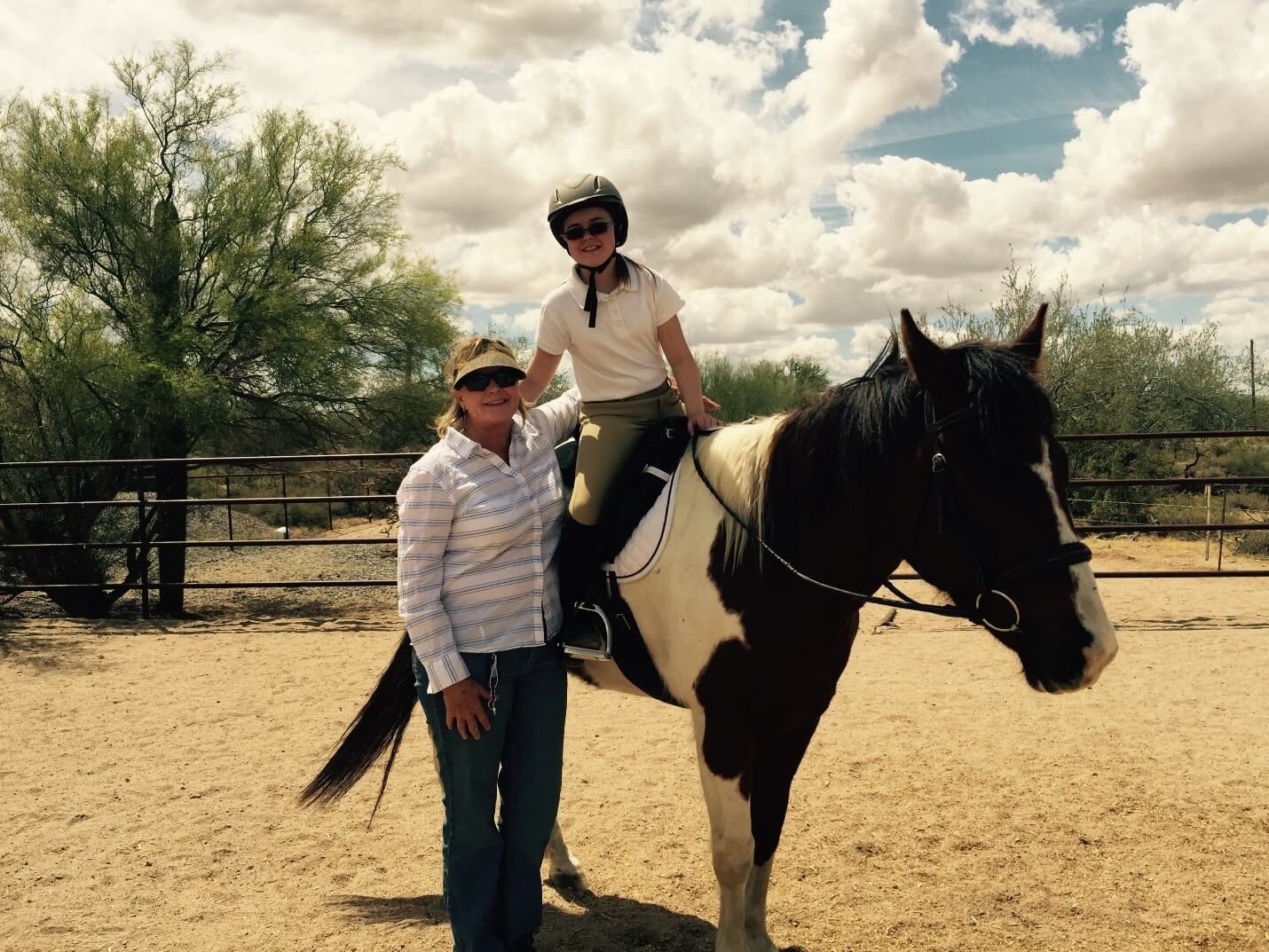 Why the horse has a flight response! Survival

The Nature of Natural Point of View

Why the horse has a flight response! Survival

Hot tip: The flight response is expressed by moving feet. So being able to slow the feet down or even stop them completely is particularly important. Spend time on downward transitions, stops and backups for this reason. 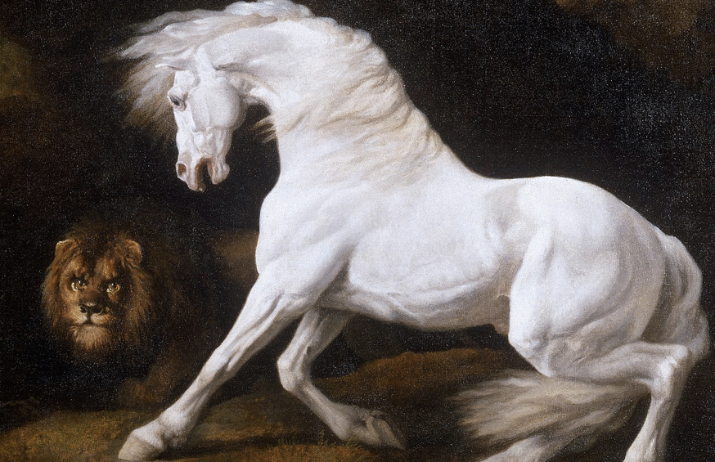 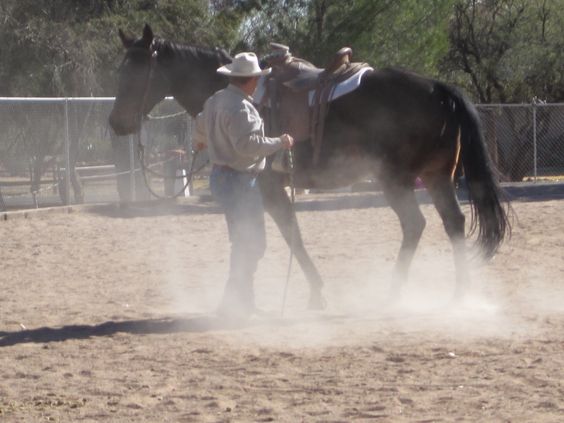 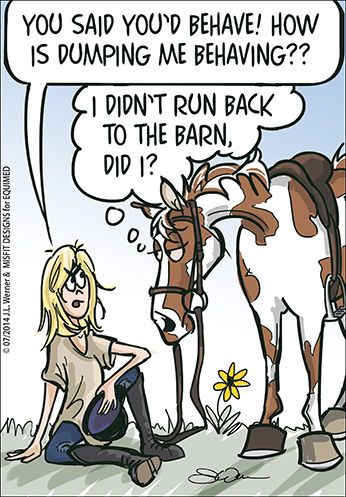 If conflict without resolution persists to long for the horse, hard-wired anti-predator behaviors may appear such as shying, bolting, bucking or rearing.

Hot tip: Some trainers push the horse through these responses with hope that the horse becomes used to the stimulus that is causing the behavior. Often this does not work because the response has already occurred and actually reinforces the flight response as opposed to discouraging it. At this point the flight response becomes a regular feature because it’s now been practiced.

When two or more drives compete in a horse’s brain the one with the greatest survival value at the time will be predominate. Hungry: It will seek food Alone: It will seek company Feels pain or pressure: It seeks to remove the cause Fear: It flees

Hot tip: Study your horse closely to find out what his trigger points are to different situations. The ever popular flight response varies widely in individuals and breeds. 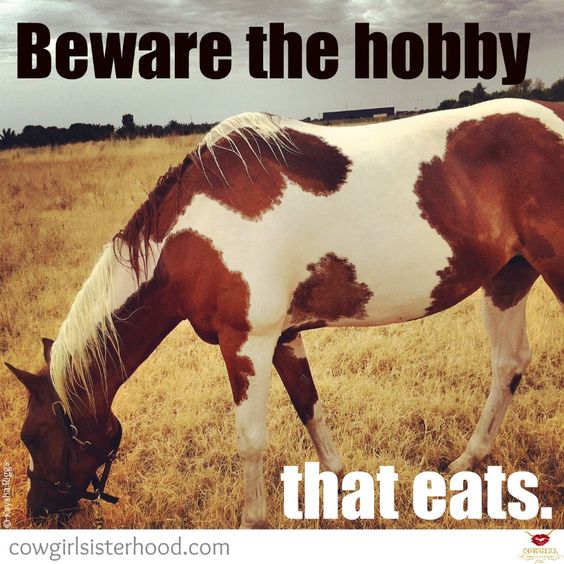 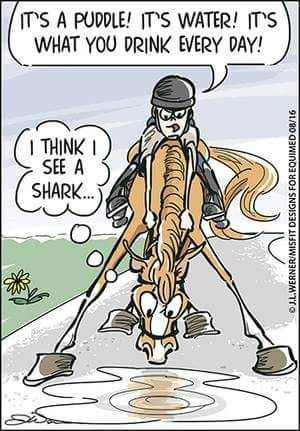 The biggest problems you will probably have with your horse are perception problems. He perceives something to be threatening (novel) and reacts to it with the good old fashion flight response.

Hot tip: This reaction can happen in the blink of an eye so teaching your horse about lots of different stuff and how to deal with it is in your best interest! 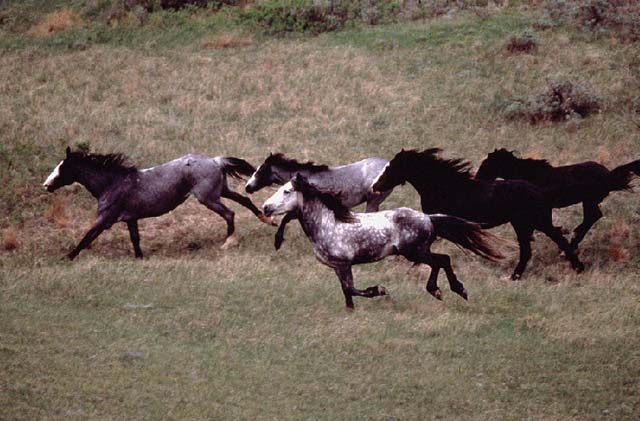 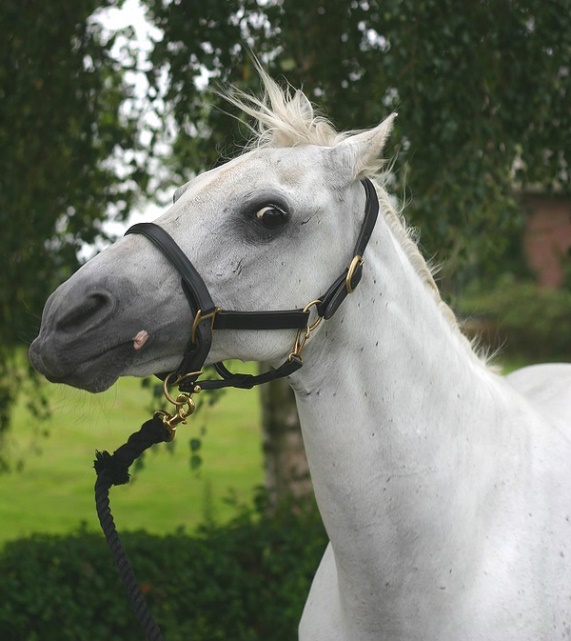 Mild expression of the flight response 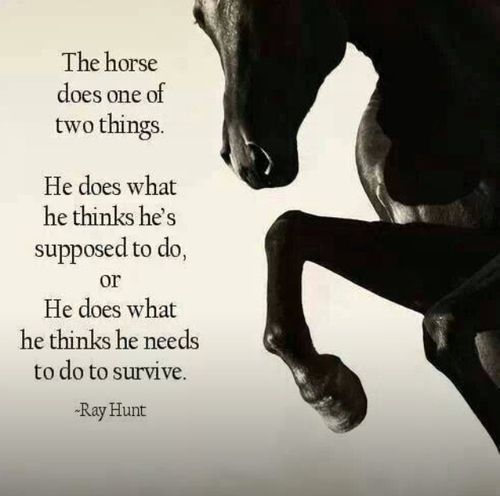 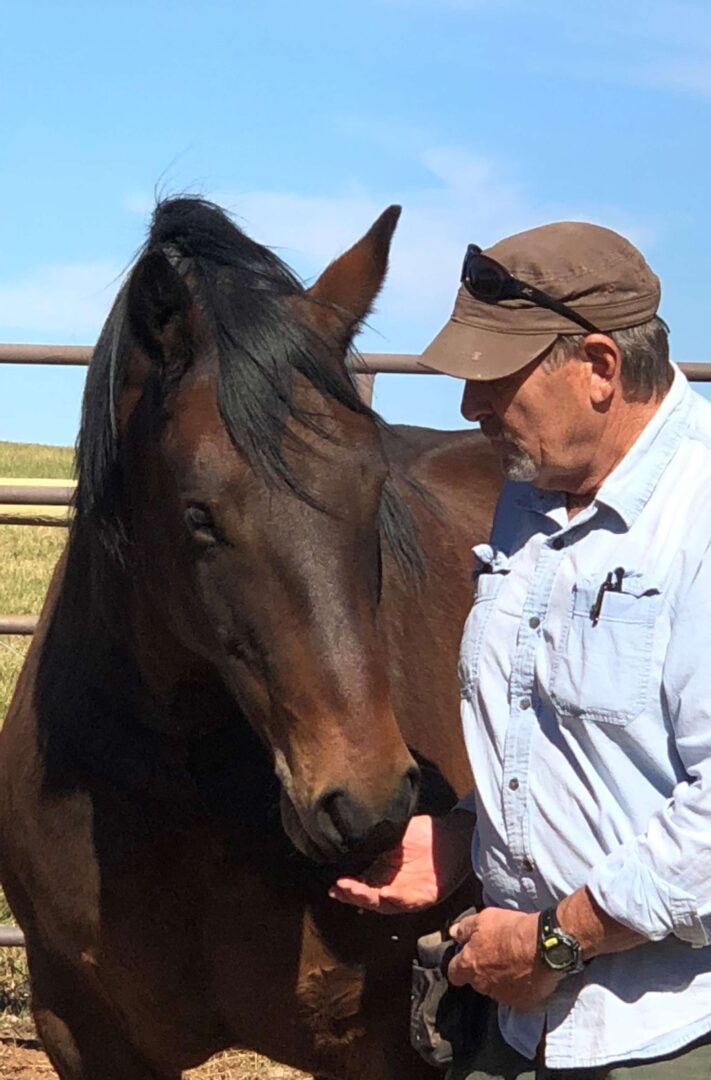 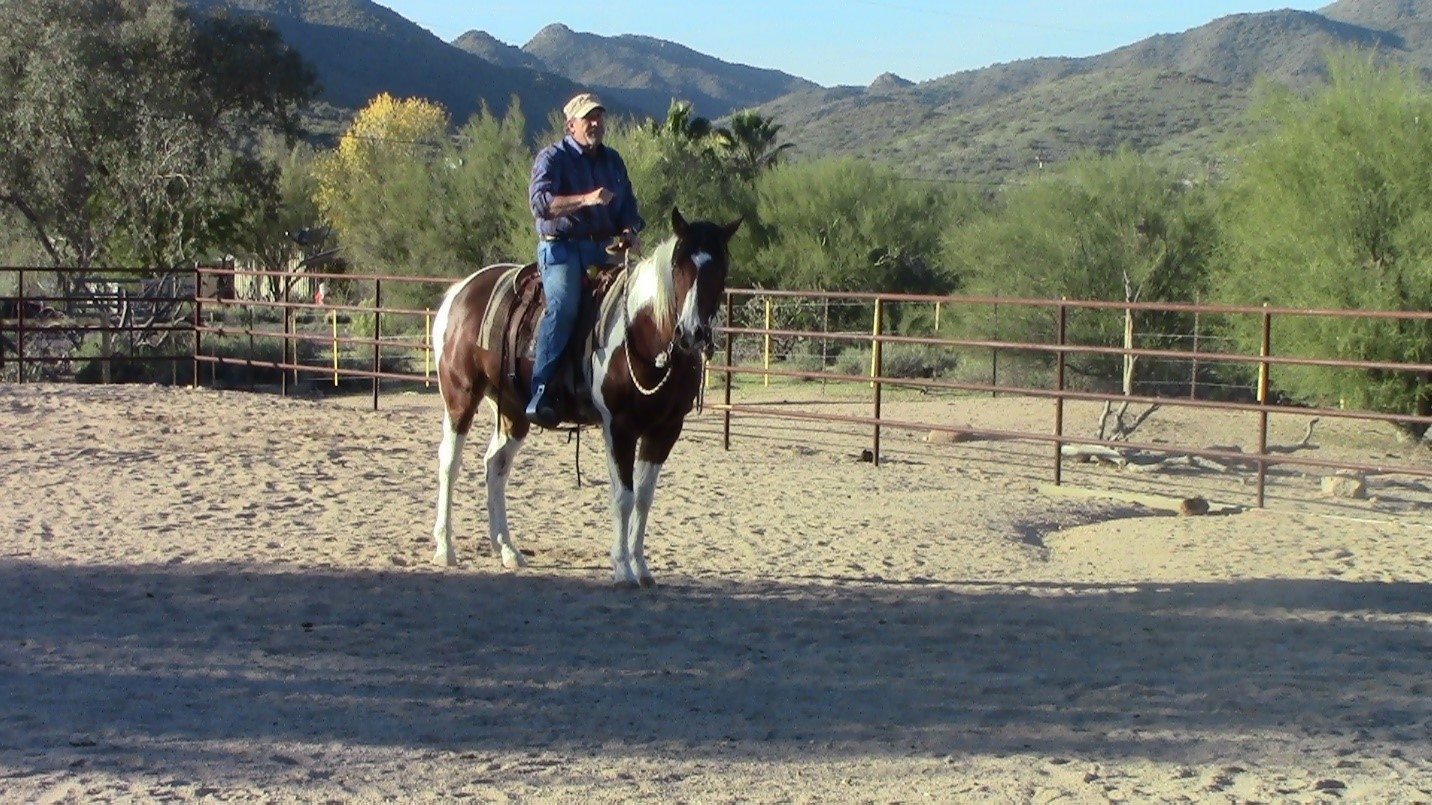 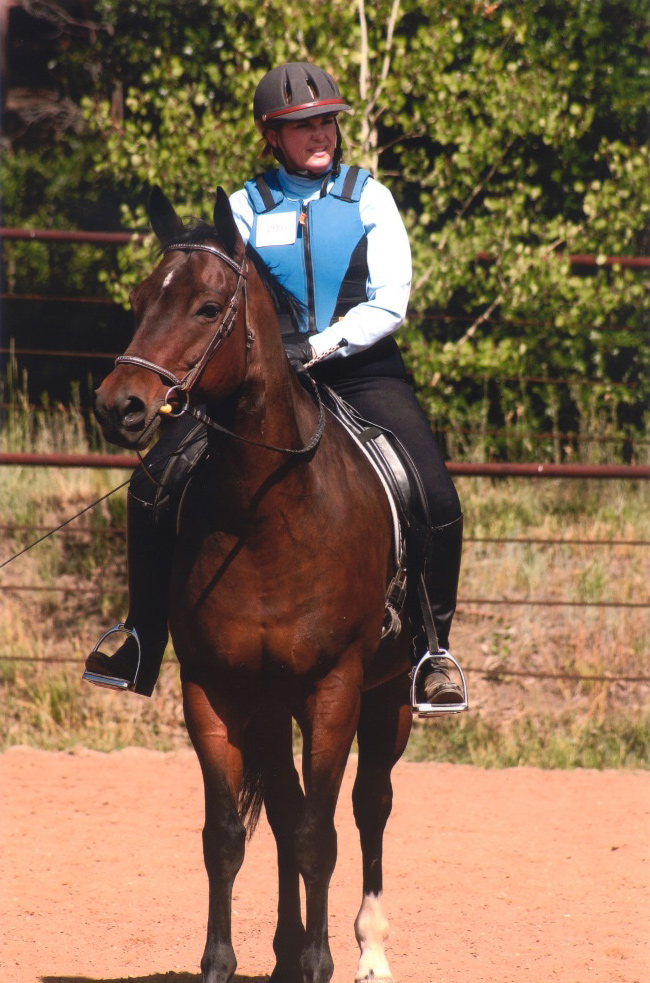 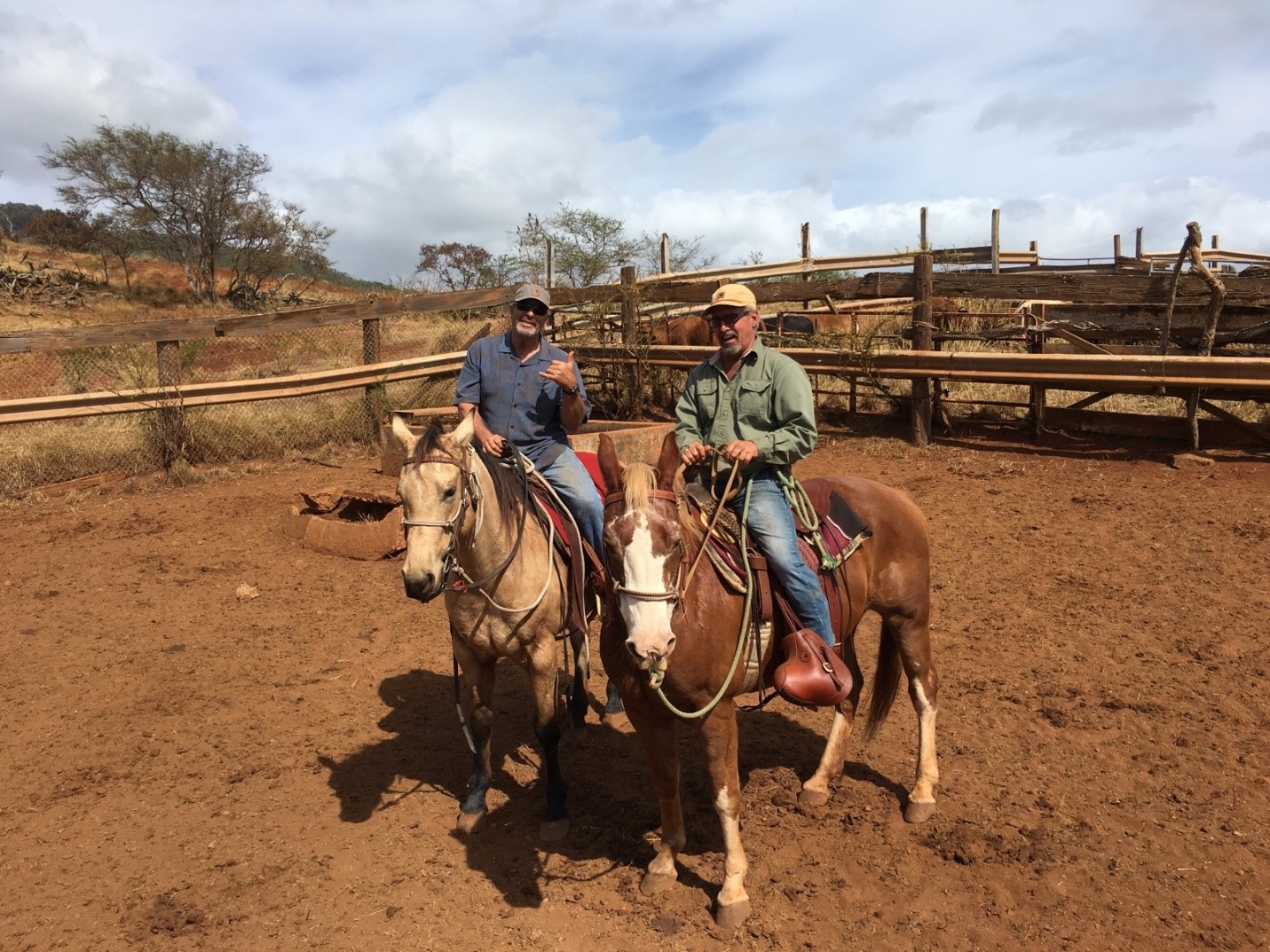 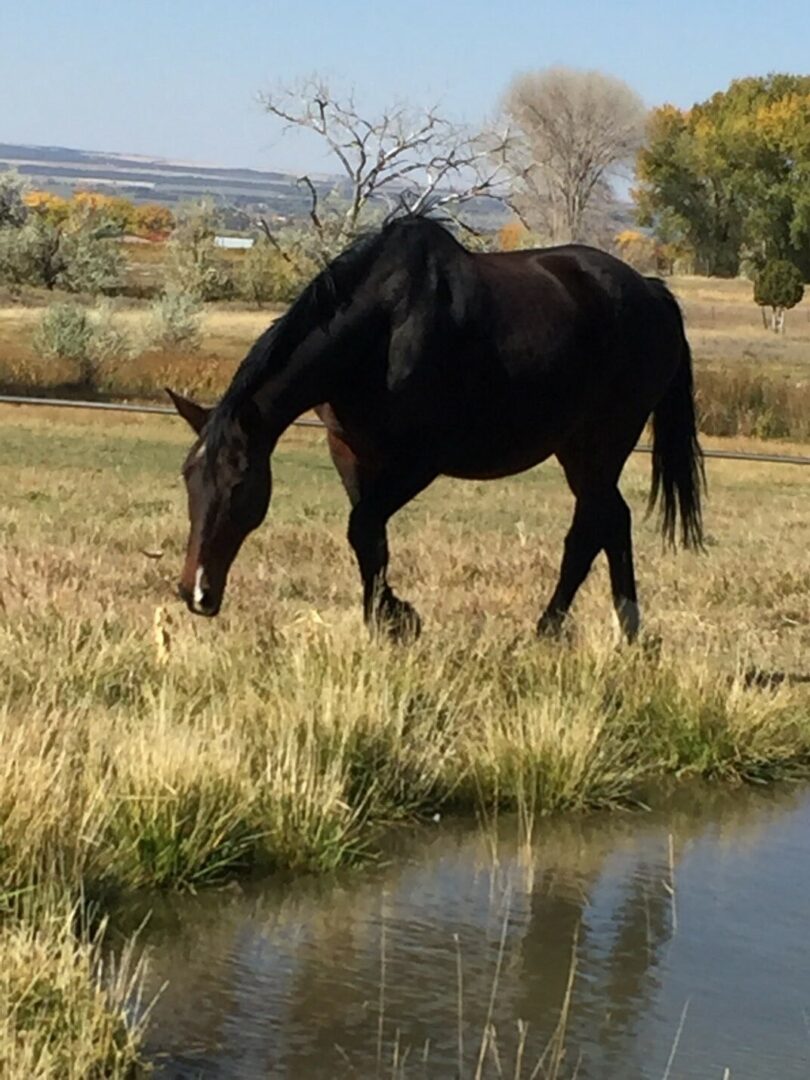 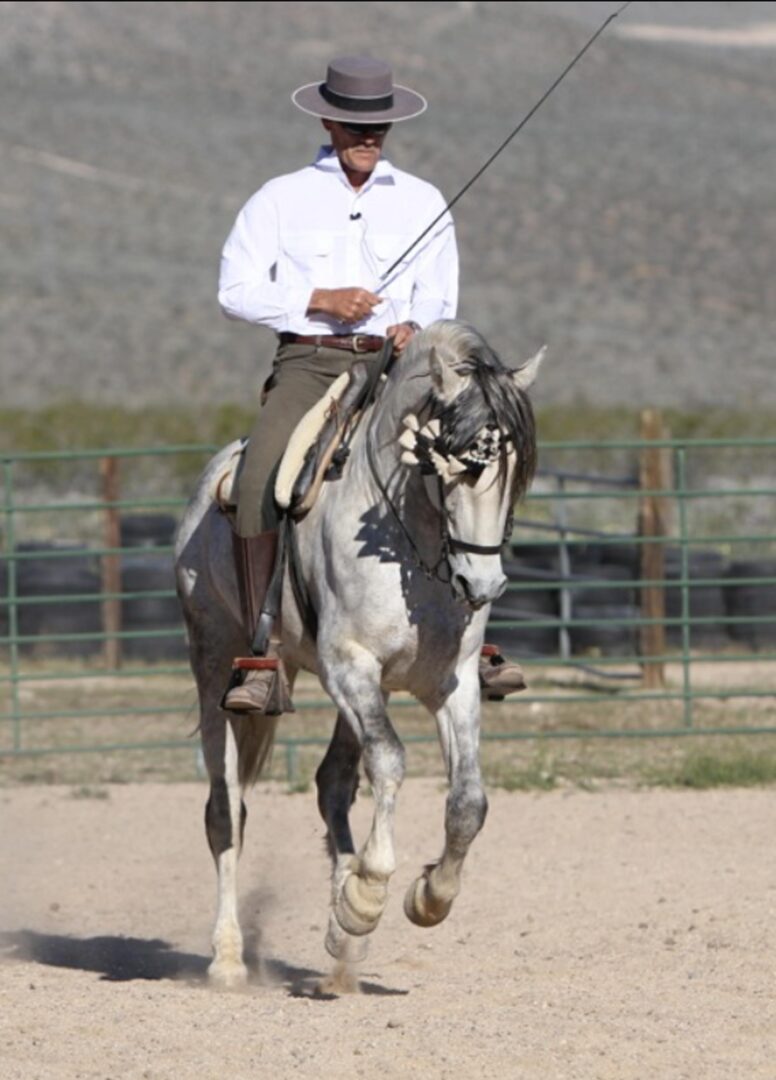 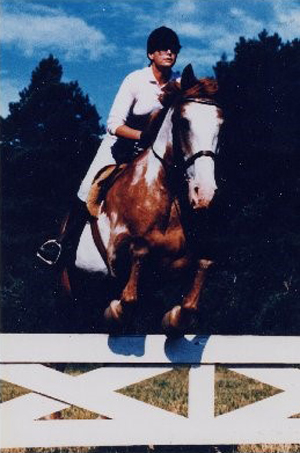 "Great horsemanship combines both art and science. Science removes subjectivity but the genius lies in the art." GCE